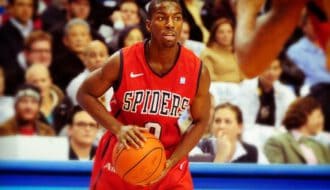 NCAA basketball conference tournaments are underway as we head into the thick of March Madness.

Tonight offers another full betting card of matchups with betting opportunities to make some money.

The tournament is right around the corner with teams looking to make it in or lock up a good seed.

Our expert NCAAB handicappers give their free comp plays and predictions with reasoning for Wednesday, March 6, 2019.

Northern Kentucky won this tournament two years ago but was upset in the first round last year. These are two teams headed in opposite directions.

The Norse were 13-5 in the Horizon winning 5 of 7 down the stretch. Detroit started 5-1 and went 3-9 the rest of the way. Northern has won all six meetings in the series including booth games this year … by 22 and 32.

Add to the mix that the Titans are 2-6 L8 in this tournament and lost in this round the last two years and by 12 and 24 and you have an easy call.

UMass is definitely worth a look here at basically a pick’em on their home floor against the Spiders. I know UMass is dealing with some injuries right now, but I think that takes away a lot of the motivation for Richmond, who is already primed for a letdown off that crushing 3-point home loss to VCU.

On top of that, they have a huge home game against Dayton on deck, which will be their senior day.

Speaking of senior day, this will be the final home game for the Minutemen. I’m expecting a big effort in this spot. It’s also worth noting that UMass failed to cover last time out, as they are a strong 4-1 ATS in their last 5 off a non-cover.

On the flip side, Richmond covered in their last game and are just 1-5 ATS last 6 off a cover.

Minutemen are also 6-1 ATS last 7 when they come in having failed to cover 3 of their last 4.

I’ll take my chances here with the Blue Jays laying the short number at home against the Friars. I really like what I’ve seen from Creighton over the last couple weeks.

They come in having won and covered 3 straight, starting with a 12-point win at DePaul as a 1-point dog.

They then rolled Georgetown 82-69 as a mere 6-point home favorite and the most impressive came in their last game, where they won 66-60 at Marquette as a 7-point dog.

I just see no reason for them to suffer a setback here at home against a team like Providence. One they already beat on the road by 11 earlier this season.

Friars come in off a win over Butler, which I think is keeping this line lower than it should be.

Providence is just 3-6 in their last 9 games overall and just don’t have the offensive fire-power to keep this close.

The Billikens have owned the series here at home over Duquesne covering in 7 of 9.

They have a coach in Ford is 9-0 to the spread as a favorite in Last home games and they have covered 4 of the last 5 and are perfect at home vs teams ranked 100-200 in the RPI Scale.

Duquesne is winless on the road vs teams ranked 100-200 and has failed to cover 7 of 8 after playing U.Mass.

The host has covered 5 straight. Play on St. Louis.

For all college basketball comp plays and predictions for Wednesday, take a look at the free NCAA basketball picks page.