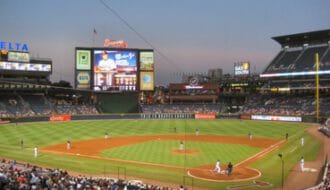 A full MLB card with 14 games is scheduled for Tuesday night as we close the first month of the 2019 baseball season.

There is plenty of betting value to be found tonight and on a daily basis throughout the long season.

The more games to choose from, the better value and edges can be found. Tuesday’s usually deliver with a full schedule of matchups.

Below is top free MLB baseball picks and analysis for Tuesday, April 30th, 2019 from our expert handicappers.

The Cardinals burned me yesterday, as I had the Nationals in the series opener. I learned my lesson and will jump on the St Louis bandwagon for Game 2. The Cardinals have won 3 straight and are 8-1 in their last 9 overall.

While St Louis is surging, Washington continues to struggle. Nationals are just 1-4 in their last 5 and 3-7 in their last 10. This team really misses Trea Turner and have recently been without Anthony Rendon and Ryan Zimmerman.

A big reason for the Cardinals success of late, is they are scoring runs in bunches. St Louis is scoring 5.7 and hitting .313 as a team in their last 7 and will be up against one of the worst starters so far in 2019.

Washington’s Anibal Sanchez has a 6.00 ERA and 1.778 WHIP in 5 starts. Look for those struggles to continue. Take St Louis!

The Atlanta Braves are cheap at home tonight against the San Diego Padres. It’s a Padres team that will be missing rookie standout Fernando Tatis Jr. Julio Teheran is pitching his best at home this season going 1-0 with a 1.64 ERA in his two home starts.

The Padres are 1-6 in their last seven games following a loss.

The Rays are now 11-1 in their last 12 meetings with the Royals. And now they send their best starter to the mound in Blake Snell to continue their dominance of Kansas City.

The Mariners are a nice dog here and they fit a a powerful 115-71 system that has a 37-16 record for home team. They also fit a secondary system that pertains to their blowout home loss and the Cubs road win.

Chicago is 1-6 on the road vs A.L. Teams that are pitching a righty. Felix Hernandez makes the start and he has won 7 of 10 at home in April. He opposes C. Hamels who has dropped 2 of his last 3 starts here.

Look for Seattle to take the opener.

For all top plays and predictions with analysis for Tuesday night, visit the free MLB picks section and expert MLB picks page.