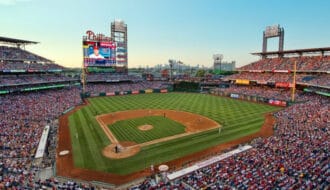 It’s the first day of a new month with 13 games of betting opportunities scheduled for today.

View 5 expert MLB picks and predictions with analysis for Tuesday, September 1, 2020 released by our baseball betting experts below.

Take a look at all documented MLB handicappers to see who’s been profiting for the week, month and entire baseball season.

The Philadelphia Phillies have climbed back into the NL East race by going 6-1 in their last seven games overall. They have gotten hot at the plate by hitting .278 and scoring 6.4 runs per game in this seven contests.

The Washington Nationals are just 1-6 in their last seven games overall and out of the race at 12-20 on the season. They are content with their World Series title last year and having a very disappointing 2020.

Ace Aaron Nola takes the ball for the Phillies tonight at 3-2 with a 3.00 ERA in six starts this season.

Patrick Corbin is 0-2 with a 5.19 ERA in his last three starts for the Nationals.

Give me the Phillies.

The Tampa Bay Rays have won 6 straight and are 19-3 in their last 22 games overall. They should not be underdogs to the Yankees today.

It’s a Yankees team that is struggling right now due to being without Judge, Stanton and Torres. The Yankees are just 3-8 in their last 11 games overall.

The Cleveland Indians are coming off two straight losses and should be highly motivated for a victory tonight against the Kansas City Royals. They have a big advantage on the mound in this one as well.

Zach Plesac is 1-1 with a 1.29 ERA and 0.667 WHIP in three starts this season with 24 K’s and only 3 earned runs and 2 walks allowed in 21 innings. The Indians are so deep in their rotation that they could afford to trade Mike Clevinger, and Plesac is a big reason why.

Matt Harvey keeps bouncing around the big leagues and is 0-1 with an 11.11 ERA and 2.293 WHIP in two starts this season for the Royals. He has simply lost it. Plesac has never lost to the Royals, going 3-0 with a 2.53 ERA in four career starts against them.

The Indians are 34-10 following a one-run loss over the last three seasons, coming back to win by 2.2 runs per game on average.

Bet the Indians on the Run Line Tuesday.

The Twins (+103) are worth a look here as a home dog against the White Sox. Minnesota fell 5-8 to Chicago on Monday, but were up against White Sox ace Lucas Giolito.

It was a rare home loss for the Twins, who are now 12-4 at Target Field.

I like Minnesota to bounce back here. Twins’ Michael Pineda will be making his first start after his suspension. Word is he’s looked good in his tuneups to this one.

The Arizona Diamondbacks travel to Los Angeles to take on the Dodgers on Tuesday night. Arizona is 14-21 SU overall this year while the LA Dodgers come in with a 26-10 SU overall record on the season.

We’ll recommend a small play on the LA Dodgers on the run line tonight!