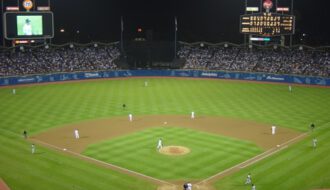 The weekend is here with a full MLB betting card with all 30 teams in action on Friday.

Below is free MLB baseball plays and analysis for Friday, May 17th, 2019 from our expert handicappers.

The Dodgers had yesterday off and will be fresh for Game 1 of this series with the Reds. Cincinnati just won two out of three from the rival Cubs in a series that was completed yesterday, so they didn’t get a day off. And the Reds are primed for a letdown after winning that series.

Rich Hill is the better starter here over Anthony Desclafini. Hill is 4-3 with a 3.40 ERA and 1.15 WHIP in 9 lifetime starts against the Reds.

Desclafini is 1-4 with a 4.11 ERA and 1.30 WHIP in 5 lifetime starts against the Dodgers. I think we are getting the Dodgers at a cheap price tonight. Take Los Angeles.

I’m not buying the recent offense surge for the Indians, who have been atrocious offensively all season. It was more of a result of the starters they were up against.

I look for Cleveland’s offense to return to its poor form today. Baltimore’s Dylan Bundy has a strong 3.64 ERA and 1.039 WHIP in his last 3 starts. He faced the Indians just once last season and was sharp, allowing just 1 run on 5 hits in 6 innings of a 3-1 home win.

That day he was up against the likes of Bauer, where today he’s facing Indians’ Jefry Rodriguez. Just so happens Rodriguez made one start against the Orioles in 2018 and he gave up 5 runs on 4 hits and 3 walks in 5 innings.

Indians are 3-8 in their last 11 after scoring 5 or more runs in their previous game. Take Baltimore!

The St. Louis Cardinals come into this game highly motivated for a victory. They have lost five of their last six overall, but they have only been outscored by seven runs during that six-game stretch. Look for them to get back on track here behind ace Miles Mikolas.

Mikolas was the Opening Day starter for the Cardinals. After getting off to a slow start, he has certainly turned things around of late. Mikolas is 2-1 with a 1.35 ERA and 0.750 WHIP in his last three starts to improve to 4-3 with a 3.83 ERA and 1.056 WHIP in nine starts this season.

Jose Leclerc will serve as an ‘opener’ for the Rangers before giving way to Adrian Sampson. Leclerc was the team’s closer, but he got demoted and now has a 6.32 ERA on the season.

Samspon is 0-3 with a 5.25 ERA and 1.556 WHIP in five starts and four relief appearances. It’s safe to say the Rangers are in trouble on the mound today.

The Rangers are 0-6 in their last six home games following a road trip of seven or more days. Texas is 0-7 in its last seven Friday games. Bet the Cardinals Friday.

For all top plays and predictions with analysis for Friday night, visit the free MLB picks section and expert MLB picks page.