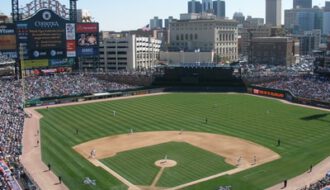 A short MLB card with just 7 games on deck for Monday, but there’s still plenty of betting value to be found.

Below is top free MLB baseball plays and analysis for Monday, May 13th, 2019 from our expert handicappers.

With the Tigers having the advantage on the mound today with Matt Boyd over Brad Peacock, I’ll take a shot with them as big home underdogs to the Houston Astros.

Berrios is off another gem. He tossed seven shutout innings, en route to a 3-0 win at Toronto. That gives him a 1.80 ERA his last three starts. He’s undefeated in four home starts and has a superb 1.98 ERA and 0.80 WHIP here.

On the other hand, Skaggs got rocked last time out. Through five innings, he gave up seven earned runs, eight runs overall. He now has an ugly 6.38 ERA in four road starts.

While the Angels are 8-12 on the road, the Twins are 13-7 at home. Given the current form of the starters and the venue, this line could easily be higher. Consider Minnesota.

We just saw this matchup five days ago with Shane Bieber against Reynaldo Lopez. Bieber and the Indians won that matchup as -185 home favorites. Now we only have to lay -150 with the Indians on the road in the rematch.

The Arizona Diamondbacks come in hungry for a victory after dropping 3 straight. The Pittsburgh Pirates are in letdown mode after taking 3 straight from the Cardinals over the weekend on the road all as underdogs.

Big advantage on the mound for the Diamondbacks here. Robbie Ray is 2-1 with a 3.30 ERA in 8 starts this year with 55 strikeouts in 43 2/3 innings. Ray pitched a complete game shutout in a 3-0 victory over the Pirates in his last start against them.

Nick Kingham will be making just his 2nd start of the season for the Pirates. Pittsburgh is 1-5 in Kingham’s last six starts.

Arizona is 12-3 in its last 15 against a team with a winning record. The Diamondbacks are 19-4 in Ray’s last 23 starts after he allowed one earned run or fewer in his last start. Take Arizona on the Run Line.

Home favorites off a road dog loss by 5+ runs that scored 2 or less runs have won 75% of the time vs a team off a home favored loss by 2 or more runs since 2004.

Fiers for Oakland has a 9+ road Era and Kikuchi for Seattle has a 1.15 Era in his last 3 starts.

For all top plays and predictions with analysis for Monday night, visit the free MLB picks section and expert MLB picks page.