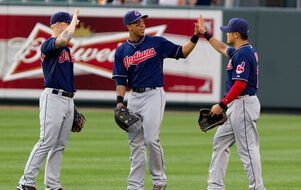 13 MLB games are scheduled for Friday night as we head into the first weekend of May.

There is plenty of betting value to be found tonight and on a daily basis throughout the long baseball season.

The more games to choose from, the better value and edges can be found.

Below is a few top free MLB baseball plays and analysis for Friday, May 3rd, 2019 from our expert handicappers.

The over is 7-2 in the last nine meetings between the Seattle Mariners and the Cleveland Indians, and I think Friday night’s matchup at Progressive Field will be another high-scoring affair.

Cleveland right-hander Shane Bieber (2-1, 3.68 ERA) has been tagged with 10 runs (eight earned) over 8 2/3 innings through his last two starts. He has also served up three homers and walked five during that stretch.

Mariners left-hander Yusei Kikuchi (1-1, 4.54 ERA) is coming off a scoreless inning against Texas, but he had allowed four runs on 10 hits in five innings at LA Angels in his last start prior to that. Kikuchi has surrendered three runs or more in five of seven appearances on the season.

Really like the value here with the UNDER in this one. I think we are seeing an inflated number here for a couple of reasons. One the Brewers last two games have been really high scoring. Milwaukee combined for 16 runs in 11-4 loss to Colorado on Wednesday and 17 in a 11-6 loss yesterday.

The other is that the Brewers will be sending Brandon Woodruff for the start. Woodruff has a mere 5.17 ERA and 1.47 WHIP in 6 starts. The key here is Woodruff is facing a New York offense that is in a big time slump. Mets have scored just 1 run on 9 hits over their last two games.

As for the Brewers offense, I think we are still another day or two from Christian Yelich returning to action and that’s just nowhere close to the same offense without him in the lineup. Mets are also sending out the red-hot Steven Matz, who has allowed just 3 runs on 8 hits in his last 2 starts combined (13 innings).

UNDER is also 5-1 in Milwaukee’s last 6 games vs a left-handed starter and 4-1 in their last 5 at home vs a team with a winning record.

The Arizona Diamondbacks have really turned it around by going 7-2 in their last nine games overall.

Anderson has a 6.75 ERA and 1.84 WHIP in six previous starts against the Rockies.

Give me the Diamondbacks.

This game applies to a solid 85% totals system that play under for home dogs like the padres in a game where the total is 8 or less if they are off a road dog win and scored 10 or more runs, vs an opponent like LA that arrives off a road favored loss.

We have a pair of tough lefty’s in Kershaw and Lauer who has pitched under in both home starts vs LA.

For all top plays and predictions with analysis for Friday night, visit the free MLB picks section and expert MLB picks page.