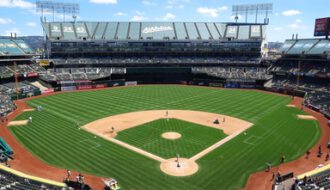 The early game is off the board, but there are 13 more games to bet on the MLB betting schedule for today.

Below is 4 featured MLB free picks and predictions with analysis for Wednesday, August 12, 2020 from our handicapping experts.

Visit any of the handicappers link below for all of their top rated selections, documented records, handicapping bio and free plays for Wednesday.

The Oakland A’s had won 9 straight prior to dropping the first 2 games of this series to the Los Angeles Angeles.

They’ll be hungry to avoid the sweep in Game 3 tonight.

This game will be a 3* regular play for us tonight as the game fits the solid 11-0 totals system below.

What we want to do is play the under for home teams that won last night as a home favorite at -140 or more despite having 3 or more errors, vs an opponent like KC that lost by 1 run despite scoring 5+ run on 10+ hits.

Miley starting for the Reds has gone under in 3 of 4 vs KC. Keller for KC Has pitched under in his last 4 road starts.

In the series these two have gone under in 7 of the last 8. Look for the game to stay under tonight.

With the Rangers 1-8 in their last nine overall division games, we recommend a 1* play on Seattle.

The NL West is loaded with the Padres, Dodgers and Rockies all fighting for supremacy in the early going.

The Padres have won three straight coming in, including the first two games of this series with Los Angeles.

I think we’re getting great value on the Padres again today with Zach Davies on the mound. He has consistently been one of the most underrated starters in the big leagues over the past few seasons.

View all available free MLB plays and predictions with analysis for Wednesday.