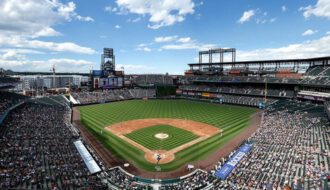 A short card with 11 games on the MLB betting board for the last day of August. 2 games are already underway, but still 9 matchups tonight with wagering value that’s worth a look.

View 4 expert MLB picks and predictions with analysis for Monday, August 31, 2020 released by our baseball betting experts below.

Be sure to check out the current best baseball handicappers to see who’s been profiting for the week, month and entire season.

Anthony Desclafini had one poor start against the Pirates which has inflated his numbers, and also inflated this total. It was an aberration. Desclafini is 7-3 with a 3.18 ERA in 15 career starts against St. Louis. The UNDER is 11-4 in those 15 starts.

Bet the UNDER in this game Monday.

The Cleveland Indians have gone 11-4 in their last 15 games overall and are playing some great baseball in August.

The Kansas City Royals are just 2-6 in their last eight games to fall to 13-21 on the season.

The Indians are 7-0 in Bieber’s 7 starts this year with 6 of those wins by 2 runs or more.

Take Cleveland on the Run Line.

We have another opportunity to back the ‘under’ with Indians ace Shane Bieber on the hill at a reasonable price on Monday. Bieber has posted a 1.35 ERA and 0.81 WHIP so far this season not to mention a staggering 14.5 strikeouts per nine innings.

Royals starter Brad Keller has also pitched well, with his strikeouts per nine innings up over a year ago, along with the fact that he’s yet to allow a home run this season. His hits allowed per nine innings have dropped from 8.4 a year ago to 5.8 here in 2020.

These two teams entered Sunday’s action tied for 23rd in runs per game, while the Indians check in tops in MLB in runs allowed per contest.

This is a big game for the Colorado Rockies as they trail the San Diego Padres by 3 games in the NL West. They have lost two of the first three games in this series to the Padres.

They will square it today with ace German Marquez taking the ball. Marquez has a 4.50 ERA in his seven starts this season.

Garrett Richards has a 5.17 ERA in his seven starts and an 8.38 ERA in his last three. Richards gave up 4 runs in 5 2/3 innings to the Rockies on July 31st in his only previous start against them.

Marquez is 5-1 with a 4.02 ERA in his last eight starts against the Padres. He has allowed 3 earned runs or fewer in seven of those eight starts.

Give me the Rockies.