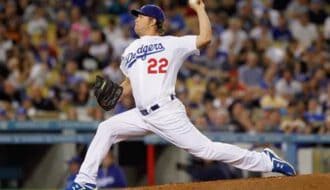 9 games on tonight’s MLB betting card with some wagering opportunities that are definitely worth a look.

View 5 featured MLB baseball picks and predictions with analysis for Thursday, August 20, 2020 released by our betting expert below.

Be sure to check out the documented MLB profit leaders to see who’s been profiting for the week, month and for the season.

Playing the ‘under’ in a Shane Bieber start is certainly not much of a stretch as he’s been lights out so far this season, and going back to last year as well.

Bieber’s strikeouts per nine innings are way up while his walks, home runs and hits allowed are all down compared to last season, which is really saying something when you consider he was an All-Star and finished fourth in A.L. Cy Young voting.

Trevor Williams will counter for Pittsburgh. Like Bieber, he has also improved on his numbers from a year ago.

Williams has posted a respectable 3.98 ERA and 1.23 WHIP through four starts. He’ll be facing an Indians club that entered last night’s action ranked tied for 27th in runs per game and 30th in team batting average.

The LA Dodgers travel to Seattle to take on the Mariners on Thursday night.

LA Dodgers are 18-8 SU overall this year while Seattle comes in with an 8-18 SU overall record on the season.

Dodgers are 10-2 on the road this year and 7-0 in inter-league play this season. Seattle is 3-14 this year when playing in August.

We’ll recommend a small play on the LA Dodgers on the Runline tonight! Thanks and good luck, Rocky

The Milwaukee Brewers have gotten their offense going in scoring at least 6 runs in three of their last four games coming in, including their 9-3 victory over the Twins yesterday. Look for them to stay hot at the plate against the struggling Jose Berrios tonight.

Berrios has been a huge disappointment for the Twins. He is 1-3 with a 5.92 ERA and 1.644 WHIP in five starts this season. And it’s not like he has faced the best lineups as he has been up against the Royals (twice), Pirates, Indians and White Sox.

The Boston Red Sox finally ended their 9-game losing streak with a 6-3 victory over the Phillies yesterday.

They went through the gauntlet with the Rays, Yankees and Phillies during this skid. Now they take a step down in class here against the Orioles and should be able to handle their business in Game 1. The Orioles have lost 4 straight coming in.

Nathan Eovaldi beat the Orioles on August 24 by yielding only one earned run in 6 innings of a 13-2 victory.

I have stated numerous times how over-rated the Angels are including the ‘greatest player’ to ever step on the diamond Mike Trout!

So why take them here when they are 2-7 in their last nine meeting with the Giants.

View all available free MLB picks with analysis for Thursday.

Check out top rated selections and best bets for Thursday released by our experts by visiting the premium MLB picks page.