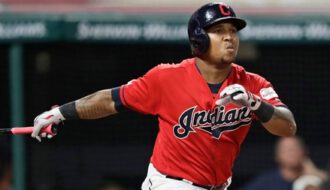 We have reached the half-way point into the shortened 60-game MLB season. There are a whopping 17 games on the betting card for this evening with 2 doubleheaders. Plenty of wagering opportunities.

View 5 expert MLB baseball picks and predictions with analysis for Tuesday, August 25, 2020 released by our betting experts below.

Check out the best baseball handicappers ranked by profit for the week, month and MLB season.

The Toronto Blue Jays have a nice young team and are off to a 14-13 start this season, which includes a 7-2 record in their last nine games overall.

The Boston Red Sox are clearly rebuilding this year at 9-20 on the season.

Chase Anderson has a 2.79 ERA in his three starts this year for the Blue Jays.

Anderson has a 3.52 ERA in two previous starts against Boston.

Give me the Blue Jays.

Hill is 1-1 with a 4.69 ERA in his 2 starts this year and averaging just 3.8 innings per start. Hill sports a 15.75 ERA in his lone lifetime start against Cleveland, yielding 7 earned runs in 4 innings.

Bieber has never lost to the Twins at 4-0 with a 3.31 ERA in 8 lifetime starts against them. The Indians are 6-0 in Bieber’s 6 starts this year with 5 of those wins coming by 2 runs or more.

Take Cleveland on the Run Line.

I’m back on the Rangers again today after cashing them as +128 underdogs over the A’s yesterday. They are even bigger dogs today and really shouldn’t be when you consider they arguably have the advantage on the mound.

Kyle Gibson has posted a 4.73 ERA in five starts this season, including a 3.86 ERA in two home starts. Gibson is 3-2 with a 3.92 ERA in seven career starts against Oakland. He gave up 3 earned runs in 6 innings against the A’s on August 5th.

The Chicago White Sox are 11-6 against the runline as favorites.

Tonight’s starter, Lucas Giolito (2-2, 3.89 ERA), struck out 13 through seven scoreless innings of three-hit ball against the Tigers last time out. Giolito should not have any trouble shutting down a Pittsburgh side that ranks 26th in the major leagues with only 4.26 runs scored per game.

Left-hander Steven Brault (0-0, 3.00 ERA) will toe the slab for the Pirates. The team has lost each of his four starts on the season and Brault is not eating a lot of innings. Not an ideal set up, considering that Pittsburgh’s bullpen has a 5.48 ERA (25th) on the season.

We’ll recommend a small play on San Diego on the Run line tonight!

Take a look at all available free MLB picks and predictions with analysis for Tuesday.