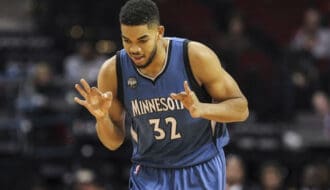 It’s the middle of the week with solid NBA matchups ready to tip-off tonight.

The betting schedule consists of teams getting ready for a last stretch run into the playoffs, while other teams continue to tank for the future.

Either way, there are good opportunities to build your bankroll.

Listed below you will find featured NBA picks, predictions and analysis for Wednesday, March 6th, 2019 from our expert handicappers.

Click on a handicapper’s name for more of their expert plays, subscriptions, season packages and records.

The earliest numbers posted on this game offshore Tuesday afternoon had the Pistons as just a 3 point home favorite. Now the line has been driven up to as high as a 5.5 as of early Wednesday morning.

As for the Pistons, they are 4-8 ATS in home games with a posted total of 220 or more. Also, Detroit’s win over the Raptors stopped a lengthy losing streak for the Pistons against Toronto.

Ironically now tonight it is Detroit that is on the other side of a lengthy streak in a series and it is Minnesota’s turn to return the favor. Look for the Timberwolves to do just that.

The Washington Wizards are still trying to make the playoffs. They are three games back of 8th place in the East. They have won in upset fashion in two of their last three games with their only loss coming on the road to the Celtics. They beat Brookyn on the road 125-116 as 5-point dogs and upset Minnesota 135-121 at home as 1-point dogs.

Now the Wizards have had two days off since that win over the Timberwolves on Sunday.

The Mavericks appear to be tanking. They are 1-7 SU & 1-7 ATS in their last eight games with all seven losses coming by at least 9 points, including the last two by 30 and 39 points to Memphis and Brooklyn, respectively. Give me the Wizards.

The Cleveland Cavaliers continue to try hard every night they hit the court. That’s evident by the fact that they have gone 5-3 SU & 5-3 ATS in their last eight games overall. But this line indicates that they won’t even show up tonight, and I’m not buying it.

I think Brooklyn is backed to being overvalued off its 127-88 home win over the Mavericks last time out, a Dallas team that clearly has quit. But they had lost three straight to Washington by 9 at home, Charlotte by 11 at home and Miami by 29 on the road prior to that win, so it’s like like they are all of a sudden fixed.

And you can bet the Cavaliers want revenge from a 139-148 (OT) home loss to Brooklyn on February 13th roughly three weeks ago in triple-overtime. Home-court advantage has meant little in this series as the road team is a perfect 6-0 ATS in the last six meetings with four straight up wins.

The Cavaliers also come in rested and ready to go, and they are 7-2 ATS in their last nine games when playing on two days’ rest. Brooklyn is 3-12 ATS in home games vs. Central Division opponents over the last two seasons.

The Utah Jazz travel to New Orleans to take on the Pelicans on Wednesday night. Utah is 36-27 SU overall this year while New Orleans comes in with a 30-36 SU overall record on the season.

New Orleans is 2-8 ATS this year after playing 3 or more consecutive road games.

Utah is 4-0 SU and ATS at New Orleans past 3 years. We’ll recommend a small play on Utah tonight!

Thanks and good luck, Rocky.

For all plays and predictions with analysis for Wednesday, visit the free NBA picks section and expert NBA picks page.