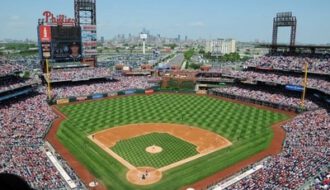 Tuesday offers all 30 teams in action with 14 night games after 1 day game. There’s plenty of value to be found as many new series start up tonight.

With over a month into the season, we are starting to get a better feel for pitchers and batting lineups of teams. Confidence will get higher as the season prolongs.

Below is top free MLB baseball plays and analysis for Tuesday, May 14th, 2019 from our expert handicappers.

The Philadelphia Phillies have won three straight and five of their last six, outscoring their opponents 36-6 in their five wins. And now they are home dogs to the Brewers, who haven’t been good on the road this season.

Brandon Woodruff is 5-1 in spite of a 4.25 ERA and 1.37 WHIP in eight starts for the Brewers. He has simply been getting good run support in his starts because he hasn’t been that effective.

I like the price we get on the St. Louis Cardinals here in the opener of a three-game series with the Atlanta Braves.

The Cards hand the ball to right-hander Jack Flaherty (3-3, 4.32 ERA) who should be eager to bounce back from a couple of mediocre outings. Flaherty owns a solid 47/13 K/BB ratio over 41 2/3 innings of work on the season and figures to get a decent amount of run support as the Braves counter with Mike Foltynewicz (0-2, 5.94 ERA).

The Braves have lost each of Foltynewicz three starts this season and the right-hander was tagged with five runs on five hits and four walks in six innings of a 9-4 loss at LA Dodgers last time out.

On the season, Foltynewicz has served up five homers through 16 2/3 innings of work and he is 2-3 with an 8.06 ERA over his last five starts against the Cardinals.

Give me the Rangers as a decent dog on the road against the AL worst Kansas City Royals, who come in at 14-27. While the Rangers are just 17-21, they have a mere -3 run differential, and are scoring a healthy 5.6 runs/game.

I expect a big effort here from Texas after a day off to stew over their most recent series. Rangers were swept in a 4-game series in Houston, getting outscored by the Astros 26-9 in the final 2 games.

Pitching has been the big weakness for Texas and the numbers aren’t great for today’s starter Shelby Miller. However, the Royals are not a good offensive team.

They have been shutout twice in their last 4 games and scored just 1 run in another. They are averaging just 3.4 runs/game and hitting .213 as a team in their last 7. This is an offense Miller can handle.

After blowing a 4-1 lead late, and a 5-4 lead in extras, the Oakland A’s should come back motivated for a victory tonight. They didn’t have the luxury of closer Blake Treinen to close out that game because he had been used the previous two games, but he should be back to shut this one down late if need be.

Seattle is 1-11 vs. a starting pitcher that gives up 5.5 or fewer hits per start this season. The Mariners are 0-6 in their last six games vs. a left-handed starter. Seattle is 0-5 in Leake’s last five starts. Bet the A’s Tuesday.