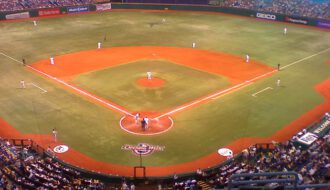 A full schedule of 15 games are on the MLB betting card for today with plenty of value to be found.

View 3 featured MLB free picks and predictions with analysis for Friday, August 7, 2020 from our handicapping experts below.

Click on a handicappers’ name to check out more info and to get all of their top rated selections for Friday.

The last time these two teams met was September 2019 and the Rays won 4-0.

I’m hearing Tanaka is still building up his arm strength after the concussion he got in July. Last game out he tossed 51 pitches only allowing 2 runs (1 earned), in 2 2/3 innings. I’m expecting approx. 70-80 pitches from him Friday.

On the other side Snell is also building up arm strength after three-plus innings against the Orioles. In that game Snell allowed 3-runs. He carries a 3-6 record vs. the Yankees into this matchup with a 4.41 ERA in 16 career starts.

Some betting trends to consider for this one. Under is 5-2-1 in NYY last 8 on astroturf. The Rays have been better against the Yankees, 20-15 the past four years versus 10-29 in the Bronx which tells me Snell and the rest of Tampa Bay will be dialed in for this one.

“I’m way more focused because it’s such a talented team. I face them all the time. There’s no better feeling than beating the Yankees.” – Blake Snell

Going against conventional wisdom with this total play on Friday.

I’m taking Cincinnati as a small road favorite against the Brewers on Friday. The Reds will have a clear edge on the mound in this one, as they send out Trevor Bauer, while Milwaukee’s Eric Lauer makes his first start of the season.

Bauer has been incredible in his first two starts. He’s allowed just 1 run on 4 hits with 20 strikeouts in 13 1/3 innings. Both of those starts did come against a bad Detroit team, but given how he dominated I’m confident he will keep it rolling.

Note that while the Brewers scored 8 runs in their win on Thursday, their offense hasn’t been great in 2020 (they scored 4 or fewer in each of their previous 6 games).

I expect the Los Angeles Dodgers to win and cover the runline when they host the San Francisco Giants for the opener of a three-game series Friday night.

Giants’ righty Jeff Samardzija (0-1, 9.31 ERA) could not have had much worse of a start to the season, allowing five runs in back-to-back outings. The team lost the two games by two runs and four runs respectively.

The Dodgers counter with left-hander Julio Urias (1-0, 2.45 ERA) who’s had a solid start to the year and limited Arizona to two runs through six innings of an 11-2 win last time out.

Urias has posted a 1.40 ERA in 38 2/3 career innings versus San Francisco and he has its current roster limited to a .173 batting average.

It’s somewhat risky business backing a home team on the runline, but I think the Dodgers will have this one wrapped up early.

View all available free MLB plays and predictions with analysis for Friday.