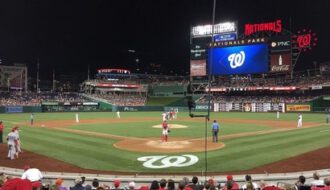 Monday offers 9 MLB matchups on the board with plenty of betting opportunities to build our bankrolls.

There’s still plenty of value to be found in the early going of the season as sports books adjust to slow or fast starts by teams.

Going against a good pitcher that’s struggling is usually a good trend to follow until they get it together.

Below is a few top free MLB baseball picks and analysis for Monday, April 29th, 2019 from our expert handicappers.

Love the value here with Washington as a pretty small home favorite in Monday’s series opener against the Cardinals. I get St Louis has won 7 of their last 8, while the Nationals have dropped 6 of their last 9, but this is all about the starting pitching matchup.

I believe the Nationals have a huge edge on the mound in this one. Washington will send out Pat Corbin, who has shown that last year’s breakout campaign was no fluke.

St Louis will send out Michael Wacha, who has pitched well in 3 of his 4 starts. However, Wacha is coming off the DL, as he hasn’t thrown in almost 2 weeks.

I like to fade starters in the first game back off a long layoff, especially on the road against a talented team like the Nationals.

The Oakland Athletics suffered a three-game sweep at the hands of the Toronto Blue Jays over the weekend. I like them to put an end to the losing streak here in the opener of a three-game series with Boston Red Sox Monday night.

The Red Sox suffered a pair of losses to the Rays over the weekend. Tonight they hand the ball to Eduardo Rodriguez (2-2, 5.88 ERA) who has lowered his ERA significantly since an abysmal start to the season, but he has still struggled with his command lately as well as the long ball.

Rodriguez gave up three free passes through six innings against the Tigers last time out, which was his first outing without serving a home run this season.

Rodriguez last faced the A’s on April 4 when he was tagged with six runs on eight hits in just 3 2/3 frames of a 7-3 loss. All in all, good value on the visitors.

Freeland for the Rockies is 0-4 in road April starts ands 1-3 as a road dog.

Look for milwaukee to take the opener.

The Kansas City Royals certainly are one of the worst teams in baseball. They are 9-19 on the season and getting outscored by 0.8 runs per game.