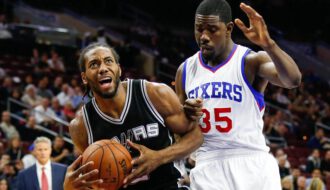 Tuesday’s NBA card if full of good matchups as we head into the stretch run of the regular season.

The playoffs are right around the corner with teams positioning for playoff seeding or continuing to tank out the season for the lottery.

With that in mind, tonight offers good opportunities to build your bankroll as team motivation starts to take on a larger role in the coming weeks.

Listed below are featured top NBA picks, predictions and analysis for Tuesday, March 12th, 2019 from our expert handicappers.

The Sixers have covered 29 of 41 at home vs teams who have a losing road record and 5 of 7 vs Central division teams.

Road dogs of less tan 18 points with no rest and a 200 or higher total are 0-8 straight up and ats if they were a home dog of 5 or more last night and the opponent is of a home favored -5 or more win and cover by 7+ points.

Look for the Sixers to coast in this one.

The Lakers are now 1-7 SU & 0-8 ATS in their last eight games overall. They’re done worrying about winning games because they have no shot of making the playoffs. And they’ve shown that with their moves.

Lonzo Ball and Brandon Ingram are out for the season, Kyle Kuzma is questionable tonight, and they are going to restrict LeBron James’ minutes down the stretch.

The Lakers are 5-20-1 ATS in their last 26 against Eastern Conference teams. Los Angeles is 3-15 ATS against bad teams that are outscored by 3 or more points per game this season.

The San Antonio Spurs have been rolling since returning from their annual rodeo road trip. They are 5-0 SU & 4-1 ATS in their last five games overall with wins over playoff teams in Milwaukee, Denver, OKC and Detroit. And I fully expect them to keep it rolling tonight against the tanking Dallas Mavericks.

The Mavericks are now just 1-10 SU & 3-8 ATS in their last 11 games overall. They have lost eight of those 10 games by 9 points or more, so they’ve rarely been competitive.

They certainly appear to be tanking, and they could be without their best player in Luka Doncic, who is questionable with a knee injury.

The Spurs have won 13 of their last 15 meetings with the Mavericks. And 11 of those wins have come by 5 points or more, which is all it will take to cover this short 4.5-point spread tonight.

The Clippers come in hot. LA has won five straight, most recently taking care of the Celtics at home just last night. The Clippers are in a dog fight with the Blazers and others as the season winds down, but fatigue at this point of the year in the second game of a back-to-back scenario is a very real factor.

And I believe it’ll be the difference in this contest. Portland snapped a two-game slide with a win over the Suns and it comes in slightly refreshed after two nights off. Damian Lillard had 18 points, two boards and nine assists vs. red hot Phoenix.

LA smashed the Celtics 140-115 victory last night, but Boston came in complacent after three straight wins over the Lakers, Warriors and Kings (all on the road.) LA has won five straight, but I have a hard time seeing it muster up those same energy levels this evening.

I’ll point out as well that the Clippers are a money-burning 10-18 ATS in their last 28 as a home underdog (including only 2-6 ATS this year), while Portland is 6-2 ATS in its last eight as a road favorite.