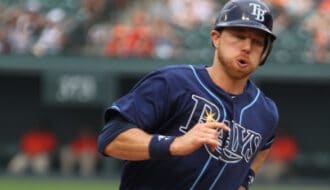 Labor Day weekend is here with a massive 20 games (including 5 doubleheaders) on the baseball betting board for Friday. Plenty of value to be found and possible bets to be made.

View 5 expert MLB picks and predictions with analysis for Friday, September 4, 2020 released by our baseball betting experts below.

Check out the current best baseball handicappers to see who’s been profiting for the week, month and MLB season.

Josh Flemming just faced Miami a few days ago and was excellent with a 68 game score.

While the recency advantage goes to the Marlins, Miami has a wRC+ of only 80 against lefties.

We really like Pablo Lopez but he’s been a bit lucky this season. The previous two years he permitted 23 homers in 173 innings. This year he’s allowed just one longball in 34.1 innings of work.

Tampa also hits righties well with a wRC+ of 114. Tampa is 12-5 on the season at Tropicana Field.

We look for the host to grab this victory.

I see some value here with the UNDER 8 in Friday’s series opener between the Indians and Brewers. These are two of the worst hitting teams in the league. Both teams rank in the bottom 10 in AVG, OPS, and Runs.

The much bigger concern here is the Indians offense, but Milwaukee’s Corbin Burnes has been lights out. He’s got a 2.29 ERA and 1.068 WHIP in 4 starts. His metrics back it up, as he owns a 2.45 FIP. He’s coming off a start where he pitched 6 shutout innings, allowing just 3 hits with 10 K and 1 BB.

Cleveland will send out Carlos Carrasco, who has a solid 3.75 ERA in 7 starts. Most importantly, Carrasco is in good form. He too pitched 6 shutout innings in his last start, allowing just 2 hits with 6 K and 2 BB.

Give me the UNDER 8!

This one has all the makings of an entertaining slugfest as two struggling veteran starters take the mound on Friday night.

Jake Arrieta showed some signs of regression last season following a fine 2018 campaign and he’s had a tough time in the early going here in 2020 as well.

Arrieta’s strikeouts per nine innings are down, sinking to the lowest level we’ve seen him post since his rookie season in 2010. His walks are on par with a year ago but that’s not saying much as he’s issuing 3.4 per nine innings.

Mets starter Rick Porcello is certainly on the downside of his long career. His numbers are very similar to the ones he posted in his final season with the Red Sox last year but that’s not really a good thing.

He has allowed 44 hits in 33 innings so far this season and while he hasn’t been allowing as many home runs as usual, that’s a number that should regress to the mean as the season goes on.

The San Diego Padres went for it by trading for Mike Clevinger. They are determined to make the postseason this year and playing like it.

They have gone 12-4 in their last 16 games overall and are certainly one of the most underrated teams in baseball.

I like getting the Padres as underdogs here against the Oakland A’s with Zach Davies on the mound.

Davies is 5-2 with a 2.61 ERA and 0.895 WHIP in seven starts this season. He has consistently been underrated dating back to his time with the Brewers.

The A’s could be rusty here having not played since August 29th.

The Padres are 10-3 in their last 13 interleague games.

San Diego is 5-0 in its last five vs. a team with a winning record.

The Colorado Rockies are worth a shot today as better than 2-to-1 dogs to the Los Angeles Dodgers. The Rockies had yesterday off while the Dodgers completed their sweep of the Arizona Diamondbacks yesterday.

Antonio Senzatela has been too good to be more than a 2-to-1 dog. He is 3-1 with a 3.32 ERA in seven starts this season and just recently shut out the Padres through seven innings and the Astros through eight innings in two of his last three starts.

Dustin May has solid ERA/WHIP numbers but just 23 strikeouts in 35 innings and is averaging only 5 innings per start in his seven starts.

Give me the Rockies.

View all available free MLB picks and MLB expert picks for Friday and daily throughout the 2020 baseball season.