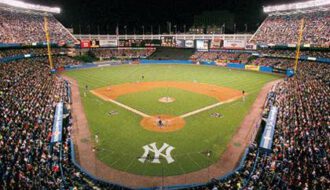 14 games are on the MLB betting schedule for tonight. After about 2 weeks into the shortened baseball season, things are becoming a little more clear on where wagering value lies.

View 5 featured MLB free picks and predictions with analysis for Tuesday, August 11, 2020 from our handicapping experts below.

Click on any handicappers name to check out more info and to get all of their top rated selections for Tuesday.

We are getting a great price on the New York Yankees at home today against the Atlanta Braves because they have lost 4 of their last 5 coming in.

Jordan Montgomery has been much better at home than on the road, and he held Boston to just one earned run in 5 2/3 innings of a 5-1 victory in his lone home start this year.

The Washington Nationals exploded for 16 runs against the Mets yesterday. Look for them to stay hot at the plate tonight and put a big number up on Rick Porcello.

Max Scherzer just keeps proving that he is one of the most dominant starters in baseball year after year. He has posted a 3.29 ERA through three starts in 2020. Scherzer is 10-5 with a 2.71 ERA and 0.904 WHIP in 21 career starts against New York.

The Detroit Tigers are one of the biggest surprises of the MLB season as they enter Tuesday with a 9-5 record. They rank 5th in baseball for runs scored at 5.34 runs per game and I like the price we get on the Tigers in this matchup with the Chicago White Sox.

White Sox lefty Gio Gonzalez (0-1, 7.71 ERA) could not have had a worse start to the season, allowing 5+ runs in two of this three starts and never making it out of the fourth inning. A date with the Tigers is not what the doctor would have ordered as he is 2-4 with a 6.68 ERA in seven career starts against Detroit.

Tyler Alexander (1-0, 1.17 ERA) will take the ball for the Tigers for his first start of the season after four relief appearances. A well-earned opportunity as he fanned 10 through 3 2/3 innings out of the bullpen against Cincinnati last time out.

The White Sox have lost three straight and five of their last six.

Let’s roll with the Tigers in this one.

I will gladly take a flyer on the Cubs as a pretty decent sized dog against the Indians. Chicago is 10-3 and have the best Win % (.769) of any team in baseball. I get the schedule has been favorable and they haven’t played since Thursday, I just think they are worth a shot.

Cubs will have veteran Jon Lester on the mound, who has allowed just 1 run on 4 hits in 11 innings over his first 2 starts. When Lester is locked in like this, he can really string quality starts together. He’s facing an Indians offense that has been awful to start 2020.

Adam Plutko is starting for Cleveland in place of Mike Clevinger. Plutko has made one start in 2020 and it went well. He allowed 2 runs on 5 hits in 6 innings. However, he was a bit lucky, as both runs allowed came on solo homers. I think we could see the first game this season where the Indians finally allow more than 5 runs in a game.

The Tampa Bay Rays travel to Boston to take on the Red Sox on Tuesday night.

Tampa Bay is 9-8 SU overall this year while Boston comes in with a 6-10 SU overall record on the season.

Kittridge will be making his first start of the season here. Martin Perez is 2-1 with a 3.45 ERA overall this year.

View all available free MLB plays and predictions with analysis for Tuesday.