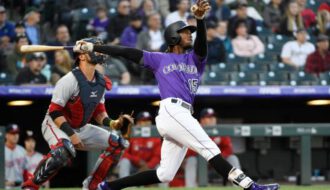 It’s the middle of the week with 15 games including Yankees/Braves doubleheader on the baseball betting card for today. Plenty of value to be looked at.

View MLB baseball picks and predictions with analysis for Wednesday, August 26, 2020 released by our expert handicappers below.

Be sure to take a look at the best MLB handicappers for the week, month and entire baseball season.

We missed the mark with the ‘under’ in Aaron Nola’s last start, but I won’t hesitate to go back to the well with the same play here. Nola did not pitch well against the Braves last time out, failing to make it out of the third inning.

That, however, doesn’t change the fact that he has pitched well so far this season, with his strikeouts per nine innings way up and his walks way down compared to a year ago. He’s also allowing fewer hits per nine innings.

Home runs allowed have been a bit of an issue but he’s never been a pitcher that gives up a ton of long balls so I expect him to get it sorted in due time.

Patrick Corbin has finished top-11 or better in N.L. Cy Young voting in each of the last two seasons and while his overall numbers aren’t great so far this year in Washington, it is worth noting that his walks per nine innings are way down while his strikeouts are almost on par.

I do expect to see him settle in as the season progresses and perform well in this matchup.

We are getting the Chicago Cubs at a great price today as short favorites over the Detroit Tigers. Look for the Cubs to bounce back and take this series from the Tigers after losing yesterday.

Jon Lester is 12-0 after giving up 5 or more runs in 2 straight outings lifetime. He’ll get right against Detroit today.

The Seattle Mariners have quietly gone 5-1 in their last six games overall while averaging 6.0 runs per game. They have gotten their offense going, and they have held eight of their last 10 opponents to 4 runs or less.

I believe Dinelson Lamet is being overvalued here after posting some great numbers in the early going in 2020. He is 2-1 with a 1.89 ERA and 0.840 WHIP in six starts. But three of those starts have come against the light-hitting Diamondbacks, plus the Giants, Rangers and Dodgers.

Both the Rockies and Diamondbacks should break out of their funks at the plate tonight.

Robbie Ray is 1-3 with an 8.33 ERA in six starts for the Diamondbacks.

Give me the OVER.

Not only are they great offensively, they got one of the best pitching staffs in baseball. Today they will throw out ace Clayton Kershaw, who has absolutely owned the Giants.

Kevin Gausman will start for the Giants. He’s been striking out a lot of guys, but still has a 5.00 ERA over 5 starts. He was great against LA a few starts back, holding them to 1 run on 3 hits in 6 1/3.

Some might see that as a positive. Not me. I think LA’s offense will be ready for him this time around.