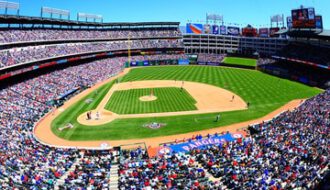 MLB is about a month into the young baseball season with teams starting to take some sort of shape.

There have been some early surprises like Seattle and Tampa Bay, while Boston is off to a slow start after a apparent title hangover.

The next couple of weeks will surely reveal at least a few teams true indentities that will be evident for the duration of the summer.

Below is featured free MLB baseball picks and analysis for Friday, April 26th, 2019 from our expert handicappers.

Whenever something looks “off” I love to go contrarian. That is the case here as the Blue Jays Marcus Stroman has a 1.76 ERA on the season and Toronto is at home here.

The A’s Mike Fiers has an 8.28 ERA on the season and, of course, Oakland is on the road for this one. That said, how can it be that the Jays were as low as a -115 favorite here? Exactly! Don’t be fooled by this line!

Now we can get Oakland at as high as a +120 as the markets are giving us additional value and Fiers is a fierce competitor. I look for him to bounce back with a strong start after a miserable start against the Blue Jays in his most recent outing.

As for Stroman, he is off a great start versus Oakland and Toronto prevailed in that game. However, the Jays were 0-4 in Stroman’s first 4 starts this season and they’ve been one of the worst home teams in baseball this season as they are 4-8 north of the border so far this season.

Prior to his great start versus Oakland last week, Stroman had allowed 10 earned runs in less than 10 innings in his two prior starts against the A’s.

As for the Athletics Fiers, he allowed 1 earned run on just 3 hits in 8 solid innings in his most recent start at Toronto. Look for another gem here and fade the masses with this contrarian play.

The Minnesota Twins outscored the Orioles by a total of 11 runs through a three-game sweep at Camden Yards last weekend.

I think they’ll open this three-game series with another easy win, coming up against Alex Cobb (0-1, 11.88 ERA) who was torched for nine runs in just 2 2/3 innings of work against Minnesota on April 20.

Cobb has compiled a bloated 6.75 ERA in five starts against the Twins who hand the ball to left-hander Martin Perez (2-0, 5.31 ERA). Perez gave up four runs on six hits through six innings when pitching opposite Cobb in that April 20 matchup, but he had held Toronto to just one run in six innings his previous start.

We can also note that the Orioles are 0-7 in their last seven games vs. a left-handed starter.

The Twins bats will be ready to go off here after scoring just a total of five runs in back-to-back losses at Houston. They lost the last game 7-1 but are 8-1 in their last nine after scoring two runs or fewer in their previous game.

Chicago defeated the Diamondbacks last Friday 5-1 behind a dominant outing from starter Kyle Hendricks, who allowed just 3 hits with 11 strikeouts over 7 shutout innings.

By far his best start of 2019. At this price, I see no reason not to back Hendricks and the red-hot Cubs in tonight’s series opener at Arizona.

Diamondbacks will send out Robbie Ray. Diamondbacks have only won 2 of his last 9 home starts and have dropped 5 of 6 at home vs a team with a winning record.

Chicago has won 7 of their last 9 overall, have won 8 of Hendrick’s last 9 outings following a Quality Start in his last appearance and are 24-9 in Hendrick’s last 33 starts vs a team with a winning record.

I’ll take my chances here with the UNDER 7.5 Friday night in Los Angeles, as the Dodgers host the Pirates.

Temps are only expected to be in the mid to low 60’s and we know the ball just doesn’t carry well at night at Dodger Stadium. Add in a couple of starters who are throwing it well early and two offenses that are struggling to score runs, and I see a ton of value here.

Pirates have scored a total of 3 runs in their last 3 games combined.