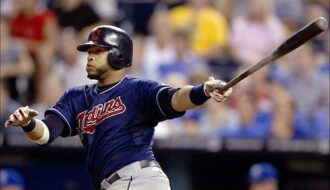 The shortened MLB season is about 1/3 through with around 40 games left to the playoffs. 15 games on the betting card for today with 3 already off the board. 12 more match-ups for tonight with value to be found.

View featured MLB baseball picks and predictions with analysis for Tuesday, August 18, 2020 from our betting expert below.

Visit any of the handicappers link below to view their top rated selections, season packages, documented records, handicapping bio and more.

There’s a lot to be said about the Pirates that isn’t already known. They have the worst record in baseball at 4-14. Only the Giants, Red Sox and Mariners have a worse run differential. They are 29th out of 30 teams in batting average (.211) and 26th in pitching with a 5.55 ERA.

Pittsburgh has allowed 5 or more runs in 8 of their last 9. They will have J.T. Brubaker on the mound. Brubaker made his MLB debut in his last start. He lasted just 3 innings, allowing 3 runs on 4 hits and 2 walks.

If Cleveland can get to 5 runs, they should be good with Carlos Carrasco on the mound. Only thing that his plagued Carrasco early on (3.22 ERA) is walks. He has 9 free passes in his last two starts. Pirates are 29th in walks (only team below them is Cardinals, who have played 8 fewer games).

Rays ace Blake Snell is coming off a down year but has certainly rounded back into form through four starts this season. His strikeouts per nine innings are up while his walks are down. He’s posted a 2.08 ERA and 1.15 WHIP and should be up to the challenge against the mighty Yankees on Tuesday night.

Masahiro Tanaka gets the nod for the Yankees. He has recorded a 2.31 ERA and 1.11 WHIP. Like Snell, his strikeouts per nine innings are up compared to last season. He’s giving up fewer hits and home runs as well.

While this is a showdown between two of baseball’s best offenses, I’m not anticipating a slugfest.

The Minnesota Twins have won four of their last five all by multiple runs to improve to 15-8 on the season. They appear to be the class of the AL Central once again this season, and the scary part is their offense has even more potential than it has shown thus far in 2020 after setting the MLB record for most HR’s in a season last year.

Minnesota is 17-4 in its last 21 home games after scoring four runs or less in three straight games.

Milwaukee is 27-57 in its last 84 interleague road games vs. a right-handed starter.

The Brewers are 3-8 in their last 11 games following a win.

The Tigers (+162) are worth a look in Tuesday’s AL Central showdown against the White Sox. Detroit comes in having lost 6 straight, but let’s not forget they were a surprise team at 9-5 before the skid.

They are going to send out Tarik Skubal in this one. Skubal will not only be making his first career start, but this will also be his MLB debut. There’s reason to be optimistic. Skubal is one of the top prospects in Detroit’s system and ranked in the Top 50 of all MLB prospects.

Tigers will be up against Chicago’s Dylan Cease, who is making his second straight start against Detroit. While he only allowed 1 earned run, Tigers hit him pretty hard and ended up with 5 runs.

Both these clubs swing the bat pretty well but even the best end up hitting .300 or so and 300 hitters done do as well against pitchers like we have throwing today.

Either way it should be los scored until they remove the starters and then we will have to have some luck.

Thank you and Good Luck!

View all available free MLB predictions with analysis for Tuesday.

If you want the best possible selections for Tuesday, Check out the premium MLB picks section for top rated and best bets released every day by our experts.