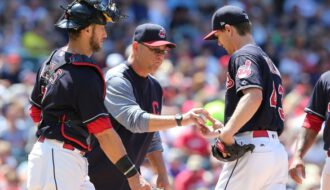 A full MLB betting card on tap for the rubber games on Sunday afternoon. Like always, there are multiple games that show value and are worth a look.

Below you will find featured MLB baseball picks and predictions with analysis for Sunday, August 16, 2020 from our handicapping experts.

Visit any of the handicappers link below to view their top rated selections, season packages, documented records, handicapping bio and more.

Indians: Plutko 5-0 career team-starts in this series and 8-4 last twelve overall away team-starts.

We recommend a 1* play on Cleveland.

Minnesota won the AL Central in 2019 by eight games over Cleveland, finishing 101-61. It earned the franchise its first 100-win season since 1965, a year the Twins lost a seven-game World Series to Sandy Koufax and the LA Dodgers.

Minnesota’s lineup scored the second-highest run total in the majors (939), while leading all teams in HRs (307 represented a major league record!) and RBI. The Twins jumped out to a 10-2 start in 2020 but have lost SIX of nine as they host KC on Sunday (3rd game of a four-game series).

The Royals were one of four teams to lose 100-plus games in 2019, as their 59-103 record left them 42 games back of the Twins in the AL Central. The Royals opened 3-10 this season but have won six of eight entering Sunday.

Squaring off on Sunday are two rookies, KC’s Brady Singer (1-1, 4.50 ERA) and Minnesota’s Randy Dobnak (3-1, 0.90 ERA). Singer will be making his fifth big league start and his first major league victory came against the Twins last Sunday in Kansas City, when he allowed two runs on five hits over five innings in a 4-2 win.

Dobnak is a former Uber and Lyft driver who was signed by the Twins out of the independent United Shore Professional Baseball League in Detroit. He made nine appearances (five starts) last season, pitching a total of only 28.1 innings.

Not about to ‘fade’ Dobnak while he’s in this kind of zone!

The Chicago White Sox will be motivated for a win today after getting swept in the double-header by the St. Louis Cardinals yesterday. Look for them to get the job done at home this afternoon as a short favorite to avoid the sweep.

Dakota Hudson was rocked for four earned runs and two homers in 4 1/3 innings of a 1-5 loss to lowly Pittsburgh in his lone start of 2020. He was one of the most overrated starters in the big leagues last year as his 3.35 ERA across 32 starts was very fortunate considering his 1.408 WHIP.

The Cardinals are 11-28 in their last 39 interleague games vs. a left-handed starter.

This is just too good a price to pass up with Chicago at home. Cubs will be motivated to finish up their series against Milwaukee with a split. They got just the guy on the mound to make sure they get the job done.

The Diamondbacks (+113) are worth a look here as a home dog against division rival San Diego. Most are going to stay clear of Arizona on Sunday, simply cause of how bad starter Robbie Ray has been. There’s no sugarcoating it, he’s been awful.

However, we know the talent is there. He’s going to get better. He’s not finishing the season with a 10.58 ERA and 2.116 WHIP. There’s also a good chance that Arizona will win here even if he does struggle. Diamondbacks are locked in at the plate. They have scored at least 5 runs in each of their last 6 games.

View all available free MLB plays and predictions with analysis for Sunday.