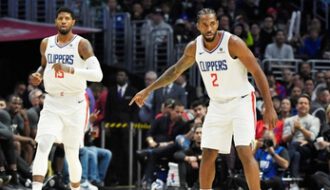 Below you will find current odds and all available free and premium picks for Game 2 released by our expert handicappers.

The Denver Nuggets had a poor showing in Game 1 for obvious reasons. They had just finished a grueling 7-game series with the Jazz in which they won the final three games in dramatic fashion to come back from a 3-1 deficit. It’s no surprise they came out flat in Game 1 of this series. They shot just 42.2% as a team and gave up 57.1% shooting to the Clippers in a terrible performance on both ends of a 97-120 loss. They’ll come back with a much better effort in Game 2 and should stay within this 9.5-point spread if not pull the upset. The Nuggets are 15-7-2 ATS in their last 24 games following a loss. Give me the Nuggets.

I am riding a HOT 14-5 Run L3 Days and I’m currently the #1 Overall Capper L7 Days! I keep the money coming your way today with 1 NBA, 2 NCAAF & 4 MLB winners inside my Saturday All-Inclusive 7-Pack for $49.99! This card features THREE 5 Unit BEST BETS in the Raptors/Celtics, MTSU/Army & Arkansas State/Memphis games! You pay *ONLY $7.14/Play* for all 7 winners, and you are GUARANTEED-to-PROFIT or I’ll send you Sunday’s plays for FREE!

Chip Chirimbes, the ‘Big Game Player’ and 7-time NBA Las Vegas Champion was 3-1 in NBA action Tuesday and now has had eight of nine winning days in NBA Playoffs. Chip has been labeled as a ‘Playoff Wizard’ bye the Nation’s media and is starting to show why. Today, he has posted his ‘Guaranteed’ NBA Playoff Triple-Play with his Highest-Rated 5*Megabucks winner between Oklahoma City and Houston, Money Game winner between Miami and Milwaukee and his Power Total between the Heat and Bucks. Chip has awards from Las Vegas Hilton, Stardust and Stations Casinos NBA Basketball Handicapping contests and you can receive these ‘Guaranteed’ winners for only $59 as part of Chip’s 3-Pack of NBA Best Bets.

Nuggets/ Clippers- OVER- I really don’t believe these two clubs are thinking much about defense. Clippers are 9-3 to the Over in their last 12 games and 6-1 over against teams with winning % about .600. Denver is 9-2 Over in their last 11 games as man underdog and over 8-1 after a straight-up loss. I could go on but…the points is Saturday’s NBA Megabucks is one of the strongest Playoffs winners to date…get it and Play this one ‘OVER’ after you have collected…

Frank Sawyer begins Saturday on a SIZZLING 8 of 13 (62%) NBA playoff run! Now Frank has tonight’s Nuggets-Clippers’ ATS winner on TNT at 9 PM ET! WATCH and WIN — and BANK on Frank!

If you love playing NBA totals or just winning, then Jim Feist has found the game for you here on Saturday. Jim loves a total in one today’s 2nd round NBA Playoff games. Join a Vegas basketball betting veteran with over 48-years of winning experience and WIN with JIM on Saturday with his NBA Total Annihilator.

**#2 ranked Overall handicapper on this site!**

Join Jimmy Boyd with his Spread on Nuggets v. Clippers!

While AAA is currently enjoying a RIDICULOUS run across the board (101-55 L43 DAYS!), the NBA is where they’ve TRULY excelled. Since the restart, they are 27-11 (71%) with ALL selections!

Yesterday’s 10* Game of the Week on Miami was as “good as it gets.” Then again, AAA is equally as high on this “RED DRAGON,” which is ready to BREATH FIRE!

For those of you that won with Power Sports’ 10* Total of the Week (Under) in Game 1 of Nuggets-Clippers, here’s your opportunity to start the series 2-0!

For those of you who missed out in Game 1, don’t let the same thing happen again here!

Doc’s is off to another profitable season in NBA hoops, and they look to add to their total today and a 27-8 run with another Top Play, this one a side play for Den/LA Clippers Game 2.

If you’re planning on watching the NBA tonight, then you’d better plan on hearing what I have to say about it first! The gloves are off and my new big run of all sports domination starts tonight – DO NOT make a move on this card without consulting with me first!

Chip Chirimbes, the ‘Big Game Player’ and 7-time NBA Las Vegas Champion was 0-1 in NBA action Friday and was shocked to see Milwaukee collapse in the fourth quarter last night. That was only the 2nd losing day (0-1) in the last 12 NBA (9-2-1). Chip has been labeled a ‘Playoff Wizard’ bye the Nation’s media and he has been living up to his ‘Big Game’ reputation. Saturday, he has posted his ‘Guaranteed’ NBA Playoff Highest-Rated Vegas Hotline winner between Denver and L.A. Clippers. Chip has awards from Las Vegas Hilton, Stardust and Stations Casinos NBA Basketball Handicapping contests and you can receive his ‘Guaranteed’ winner for only $29 or part of his Triple-Play of Best Bets.

Be sure to check out all expert NBA picks for Saturday and daily during the 2020 playoffs.